Landex, ‘Land Based Colleges Aspiring to Excellence’ is the membership organisation representing specialist land based colleges & universities. It has 36 members in England and 5 members in Wales, Scotland and Northern Ireland. To qualify for membership the provider must deliver significant volumes of education and training in land based occupational areas.

It was formed in 2006 from its predecessor organisation, Napaeo, which was founded in 1950, and represented the interests of land based Colleges and the industries they served during a period of continuous change and development.

The initial proposal for the NLBC was submitted in September 2014 by Landex, who subsequently led on the development of NLBC and provided the majority of our seed funding. Links to Landex and their members is fundamental for our success and they will remain our key partner in the promotion and delivery of specialist UK land based education. 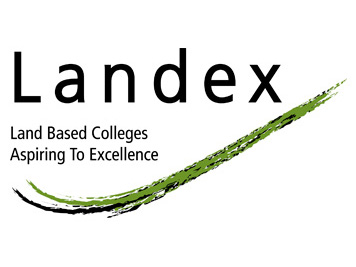 ‘Landex members have funded the development of the National Land Based College to ensure that the qualifications delivered by specialist colleges and universities are both easily understood by employers, and that their content meets their current and future needs.’   Chris Moody, CEO of Landex